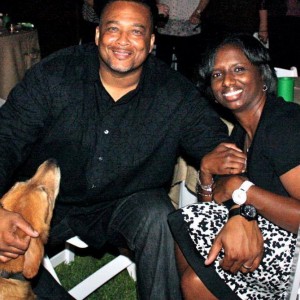 Senior Chaplain Jonathan Grigsby (Sr. Chap as most people call him) founded the Institute of Koinonia Relationships in 2003. Since then, he has educated and trained numerous individuals from all cultures on how to establish their personal Koinonia through his Pre-Nuptial Agreement System. In his book, The Koinonia Prenuptial Agreement Workbook, he teaches on how to operate in the seven core perspectives of marriage by meeting the established needs of one’s spouse or future spouse.

In 1985, he received his Bachelor of Science degree in Rehabilitation Services as well as a minor in Juvenile Corrections from Wilberforce University. He became an ordained Chaplain in 2002 through the International Fellowship of Chaplains, Inc. He has been in ministry for 20 years and has over 17 years of pastoral counseling experience. He is currently working toward his Master’s Degree in Marriage and Family Therapy with a specialization in Trauma from Richmont University.

His interests include first and foremost his wife Melinda, ministry of Chaplaincy, family, team sports, weight training, and community outreach. He is a native of Inkster, Michigan and has four children: Amber, Micah, Shamen, and Noah. He currently resides in Marietta, Georgia with his family.